3D
Scan The World
2,453 views 159 downloads
1 collection
Community Prints Add your picture
Be the first to share a picture of this printed object
0 comments

This is a bust of Alexander Pope (21 May 1688 – 30 May 1744), an 18th-century English poet. He is best known for his satirical verse, including Essay on Criticism, The Rape of the Lock and The Dunciad, and for his translation of Homer. He is the second most frequently quoted writer in The Oxford Dictionary of Quotations after Shakespeare.

The bust belonged to the collection of Sir Edward Littleton Bt, who commissioned it from Rysbrack for his new house, Teddesley Park, Staffordshire 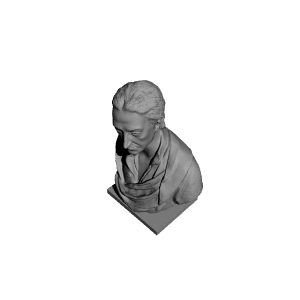