Bust of Antinous as Dionysus

Bust of Antinous as Dionysus

This bust adaption originates from a full-figure marble sculpture of Antinous depicted as Dionysus, housed at The Pio Clementino Museum (ORIG330), originating from around 130-138 BC.

The full-length figure was originally draped in bronze. 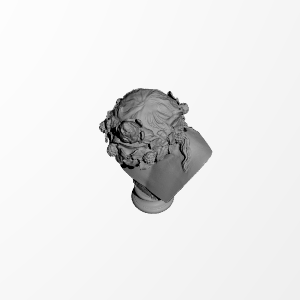