3D
Scan The World
2,760 views 217 downloads
Community Prints Add your picture
Be the first to share a picture of this printed object
0 comments

The historian Donato Gioannotti, an anti-Medici republican exile living in Rome, ordered this statue. It was to have been a gift to his friend Cardinal Ridolfi, in the name of their shared political ideals symbolized by Brutus who killed a tyrant. It was also a clear allusion to the recent murder of duke Alessandro de' Medici (1537) by his cousin, Lorenzino - the "Tuscan Brutus". The boldly turned head (unfinished) emanates both moral and physical strength. 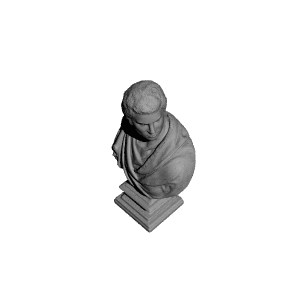