3D
Scan The World
3,312 views 109 downloads
1 collection
Community Prints Add your picture
Be the first to share a picture of this printed object
0 comments

Portrait busts conveyed a person's importance and professional statue. The Doge was the head of the Republic of Venice and was elected to reign until his death. Molin's pointed hat, adorned with jewels, was part of the Doge's official costume. De Corte was originally from Flanders but spent most of his career in Italy. This was probably one of the first sculptures the artist made after arriving in the city of Venice. 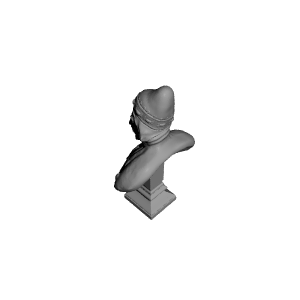 ×
1 collections where you can find Bust of Francesco Molin, Doge of Venice by 3DLirious