This bust of Henrietta Pelham forms a pair with that of her husband Charles (Museum no. A.119-1929), whom she married in 1806. Both busts stand on their original wood plinths. A variant dated 1808 is at Brocklesby Park, Lincolnshire, the ancestral home of the Yarboroughs. The present bust may have been shown at the Royal Academy in 1810. 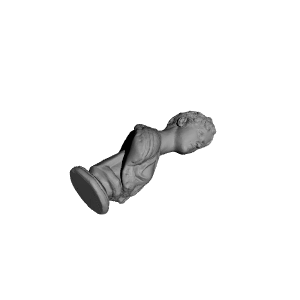 ×
1 collections where you can find Henrietta Pelham by vam
×
Poly Tech
@Polytech
0
Printed on: Other
Material: PLA
Posted at: 16th October 2021