Permoser's grimacing and contorted stone figures on the Zwinger Palace in Dresden embody the German Baroque in sculpture. This agonizingly expressive bust of Marsyas, carved in Italy early in his career, reveals his absorption of the style of Gian Lorenzo Bernini and forecasts the distinctive manner Permoser would develop in his native country. The tortured expression of the screaming satyr Marsyas, flayed alive after losing a musical contest with the god Apollo, responds especially to Bernini's Damned Soul of 1619. The savage face riven by clenched brows and eyes squinting in pain, however, is distinctly the sculptor's own creation. Deliberately rough, flamelike hair contrasts excruciatingly precise details like the torn tongue. The bust's unfinished back and emplacement for a bracket suggest that it was originally intended for a niche, perhaps in a palace courtyard. 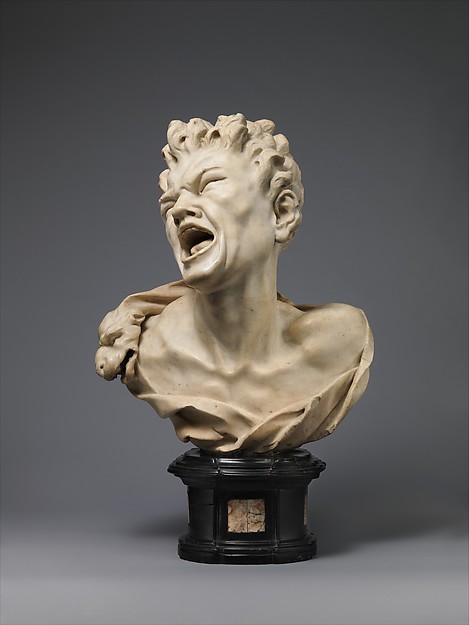 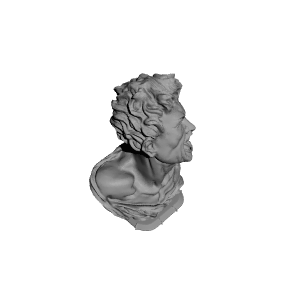 I wanted to test out my new mod-t printer with a more complicated print. (Pink due to lack of other filament.) I had to scale it down to .75 in order to reduce printing time. I might do a full print in the near future because I really like how it came it. STL sliced with cura - Parameters: Layer height: 0.1mm, Platform adhesion type: raft Support type: Touching buildplate Fill: Density : 20% overlap: 10% Infill prints after perimeter Build time: ~18 hours