Bust of Nicolae I Dascalescu in Cluj, Romania

3D
Scan The World
2,626 views 90 downloads
Community Prints Add your picture
Be the first to share a picture of this printed object
0 comments

Bust of Nicolae I Dascalescu in Cluj, Romania

With a considerable financial effort failed in 1906 to enroll at the School of Artillery, Engineers and Navy, and in 1908 he graduated third of 30 students and received a second lieutenant. In 1911 he was promoted to lieutenant, and during the Second Balkan War he commanded a battery of eight Artillery Regiment. Promoted captain (again early) fought in the forefront of a battery of the 4th Artillery Regiment in 1916-1917. In September 1917 he took an artillery division and received the rank of major. With this unit participated in the campaign of 1919 in Hungary. In 1921 he was admitted to the Superior War School which he graduated in 1923 and was promoted to lieutenant. colonel, and in 1929 promoted to colonel. In 1931 he took command of the 1st Artillery Regiment AA. 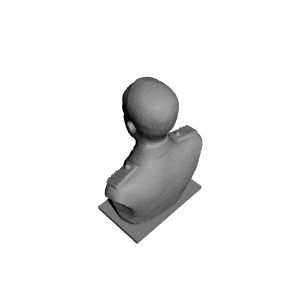 ×
0 collections where you can find Bust of Nicolae I Dascalescu in Cluj, Romania by apllana