3D
Scan The World
1,693 views 69 downloads
Community Prints Add your picture
Be the first to share a picture of this printed object
0 comments

This is a bust of Prince Emanuele Filiberto, 2nd Duke of Aosta (Spanish: Manuel Filiberto; 13 January 1869 – 4 July 1931), an Italian general and member of the House of Savoy. He was Prince of Asturias (Crown Prince of Spain) from 1870 to 1873, as the son of Amadeo I, and was also a cousin of Victor Emmanuel III of Italy. Filiberto was also commander of the Italian Third Army during World War I, which earned him the title of the "Undefeated Duke". After the war, he became a Marshal of Italy. 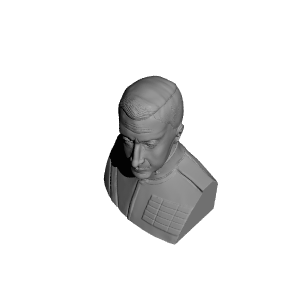 ×
0 collections where you can find Bust of Prince Emanuele Filiberto, 2nd Duke of Aosta by Scan The World