3D
Scan The World
8,357 views 966 downloads
5 collections
Community Prints Add your picture
Be the first to share a picture of this printed object
0 comments

This bronze bust, taken from the original plaster sculpted from life (see below) by Oscar Nemon in Freud's garden in Vienna, was created in 1931. Considered by Freud as an "Astonishingly life-like impression", this piece had since been finished with Nemon's characteristic deep wax patina, similar to the original bust held at the Nemon Estate.

Sigmund Freud (6 May 1856 – 23 September 1939) was an Austrian neurologist and the founder of psychoanalysis, a clinical method for treating psychopathology through dialogue between a patient and a psychoanalyst. Freud was born to Galician Jewish parents in the Moravian town of Freiberg, in the Austro-Hungarian Empire. He qualified as a doctor of medicine in 1881 at the University of Vienna. Upon completing his habilitation in 1885, he was appointed a docent in neuropathology and became an affiliated professor in 1902. Freud lived and worked in Vienna, having set up his clinical practice there in 1886. In 1938 Freud left Austria to escape the Nazis. He died in exile in the United Kingdom in 1939. 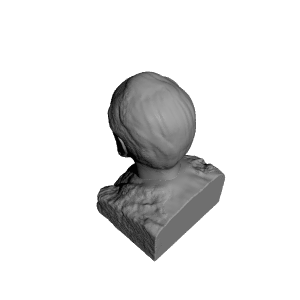