3D
Scan The World
1,783 views 64 downloads
Community Prints Add your picture
Be the first to share a picture of this printed object
0 comments

Each panel of the Gates of Paradise depicts several episodes of a biblical narrative. This panel depicts the story of Cain and Abel: Adam and Eve before their tent, Abel guarding the herd, the sacrifices of Cain and Abel, Cain killing Abel, God banishing Cain.

All the panels are equally magnificent and intricate, but I found the depiction of Cain and Abel especially compelling.  The scene is quite complex and contains multiple elements of the story told in different spaces.  The panel has a left to right motion, beginning with Adam and Eve in the upper left, while Abel tends to his flock in the middle left and Cain plows his fields.  At the top and towards the right Cain and Abel make their sacrifices to God.  Just below that we see the murder, in the midst of Cain's attack on Abel.  Just below that Cain appears again to receive the curse or mark from God who appears on the far right.  It is quite remarkable that Ghiberti achieved such complex use of space and managed to clearly depict the story.  However his skill in metalwork is even more remarkable.

He makes the metal soft and hard at the same time, especially noticeable in the rock formations that take up the center of the panel; he conveys their hardness, but they appear flowing and soft as well.  He creates a different effect altogether in the leaves of the trees, which are molded quite rigidly, but only to show their density and fineness.  Ghiberti's molding of musculature is also incredibly skillful, as is the way he depicts Cain's pair of oxen, a technique that was still being worked out in the fifteenth century.  Also note the flowing curves of the river on the right, the appearance of which is mirrored in the tendrils of fire in the sacrifice.

Lorenzo Ghiberti (Italian: [loˈrɛntso ɡiˈbɛrti]; 1378 – 1 December 1455), born Lorenzo di Bartolo, was a Florentine Italian artist of the Early Renaissance best known as the creator of the bronze doors of the Florence Baptistery, called by Michelangelo the Gates of Paradise. Trained as a goldsmith and sculptor, he established an important workshop for sculpture in metal. His book of Commentari contains important writing on art, as well as what may be the earliest surviving autobiography by any artist. 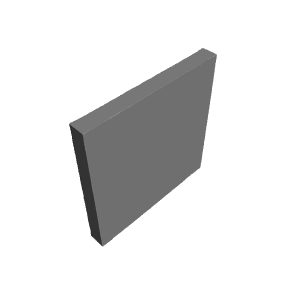