3D
Scan The World
2,457 views 168 downloads
1 collection
Community Prints Add your picture
Be the first to share a picture of this printed object
0 comments

The bust is thought to be of the Roman emperor Caligula. He ruled from 37 to 41 A.D. Another view is that it could be an image of his great grandfather, the emperor Augustus.

The breast plate has the terrifying face of the Gorgon, Medusa, in the centre. This image was believed to protect the emperor. 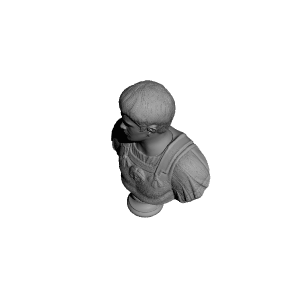 ×
1 collections where you can find Caligula by Scan The World