Capital - Acanthus Leaves and Grained Fruit in an Array of Vines

3D
Featured Scan The World
3,871 views 347 downloads
3 collections
Community Prints Add your picture
Be the first to share a picture of this printed object
0 comments

Capital - Acanthus Leaves and Grained Fruit in an Array of Vines

This capital, originating from the Monastery of La Daurade, features a bas-relief of acanthus leaves and grained fruit in an array of vines. 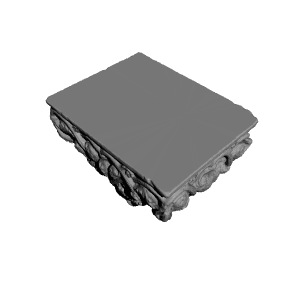