3D
Scan The World
3,447 views 240 downloads
5 collections
Community Prints Add your picture
Be the first to share a picture of this printed object
0 comments

Pontius Pilate granted Joseph of Arimathea permission to bury Jesus. He supports Christ's body while Nicodemus takes pliers to prize off his left arm nailed to the cross. The Virgin Mary (left, very damaged) holds her son's right arm, tenderly raising it to her face. To the right, depicted alone on one side of the capital, John brings his hand to his face in a gesture of mourning. The Entombment immediately follows The Descent from the Cross. Joseph of Arimathea, at Christ's head, and Nicodemus, at his feet, lay Jesus wrapped in a shroud in a sarcophagus. The Virgin mary and Saint John stand behind, weeping. 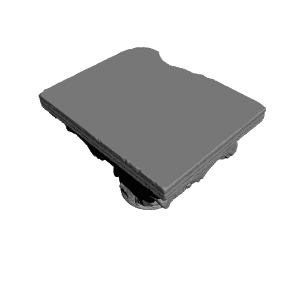