3D
Scan The World
2,517 views 169 downloads
2 collections
Community Prints Add your picture
Be the first to share a picture of this printed object
0 comments

The Last Judgement appears on one of the short sides, on the left . Upon his return at the end of time, Christ enthroned in majesty in a mandorla (almond-shaped geometric form) borne by two angels, comes to judge the quick and the dead. On the opposite side, the Cross that precedes the Coming of the Son of Man appears with precious stones. Around its centre is the shroud in which Christ was buried. It is borne triumphantly by two angels. This is the oldest known representation of this theme in monumental Romanesque sculpture.

On the two main panels, the dead rise up from their tombs at the sound of the angels blowing their trumpets. 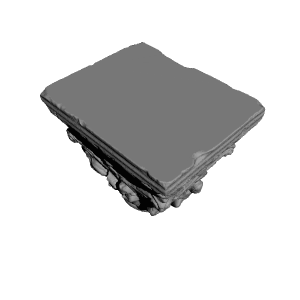