3D
Scan The World
2,142 views 69 downloads
Community Prints Add your picture
Be the first to share a picture of this printed object
0 comments

Carlo Osvaldo Goldoni (25 February 1707 – 6 February 1793) was an Italian playwright and librettist from the Republic of Venice. His works include some of Italy's most famous and best-loved plays. Audiences have admired the plays of Goldoni for their ingenious mix of wit and honesty. His plays offered his contemporaries images of themselves, often dramatizing the lives, values, and conflicts of the emerging middle classes. Though he wrote in French and Italian, his plays make rich use of the Venetian language, regional vernacular, and colloquialisms. Goldoni also wrote under the pen name and title "Polisseno Fegeio, Pastor Arcade," which he claimed in his memoirs the "Arcadians of Rome" bestowed on him.

One of his best known works is the comic play Servant of Two Masters, which has been translated and adapted internationally numerous times. In 2011, Richard Bean adapted the play for the National Theatre of Great Britain as One Man, Two Guvnors. Its popularity led to a transfer to the West End and in 2012 to Broadway. 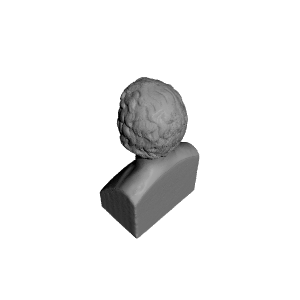 ×
0 collections where you can find Carlo Goldoni at The Borghese Garden, Italy by Scan The World