Carol Telbisz  (1853 – 14 July 1914) was an Austro-Hungarian public figure of Banat Bulgarian origin. Born in Cenad, Austrian Empire, and descending from the old Banat Bulgarian family of Telbiz from Stár Bišnov, Telbisz graduated in law from the University of Budapest and later took a doctor's degree in administrative law from the University of Vienna. He was awarded the noble title of Baron. Between 1885 and 1914, Telbisz was mayor of Temesvár, the capital of the Banat. During his term in office, he contributed a great deal to the city's modernization, destroying the old fortifications and reshaping the city according to a new Western European urbanization plan, with wide boulevards, sewerage, water supply, electrification and an electric-powered rail public transport. During his term in office, Temesvár boasted the earliest first aid station in modern Hungary besides the first asphalt-paved street (1895) and the firstelectric tram (1899) in what is today Romania. Upon the end of his mayoralty, some considered Timișoara as Austria-Hungary's third city in importance, after Vienna and Budapest.

This print is made on MakerBot Replicator Fifth Generation. The dimension of the model 105x71x125, Infill 10%, with support and layer high 0,2. Provides very nice results! 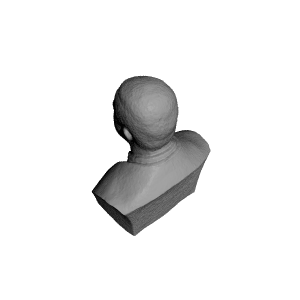