Cast of a Pilaster from Verona

3D
360°
Scan The World
1,649 views 87 downloads
1 collection
Community Prints Add your picture
Be the first to share a picture of this printed object
0 comments

Cast of a Pilaster from Verona

This is a cast of a part of a pilaster, an example of refined architectural decoration of a grandiose public building in Verona. From the 1st - 2nd Centuries A.D.

The parts of the pilaster were reused, according to tradition, on one side of the Cathedral, in the funeral monument of the archadeacon Pacificus (846 AD); placed differently again at the Cathedral, they aroused the interest of late medieval and Renaissance artists. Lastly, the pilaster reached the Maffeiano Museum, where it is exhibited.

In fine marble (from quarries in present-day Turkey), it is more than five metres tall; the partial cast, shown here, was made in 2006. 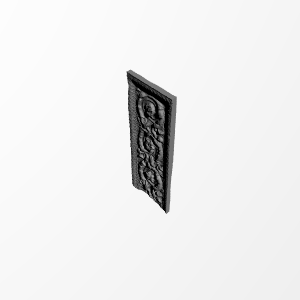