3D
Scan The World
1,450 views 49 downloads
Community Prints Add your picture
Be the first to share a picture of this printed object
0 comments

Charles James Fox PC (24 January 1749 – 13 September 1806), styled The Honourable from 1762, was a prominent British Whig statesman whose parliamentary career spanned 38 years of the late 18th and early 19th centuries and who was the arch-rival of William Pitt the Younger. His father Henry, a leading Whig of his day, had similarly been the great rival of Pitt's famous father. He rose to prominence in the House of Commons as a forceful and eloquent speaker with a notorious and colourful private life, though his opinions were rather conservative and conventional. However, with the coming of the American War of Independence and the influence of the Whig Edmund Burke, Fox's opinions evolved into some of the most radical ever to be aired in the Parliament of his era. 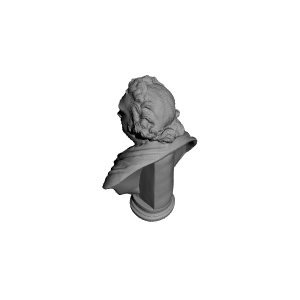 ×
0 collections where you can find Charles James Fox at The State Hermitage Museum, St Petersburg by Scan The World