3D
Scan The World
2,146 views 64 downloads
Community Prints Add your picture
Be the first to share a picture of this printed object
0 comments

Charles Waeri (1842 - 1898) was a 19th century folk singer born in Ghent Verstraat. Waeri sang politically engaging songs, in which he denounced the poverty of the workers in Ghent.

This sculpture by Walter De Buck can be found in St. Jacob's Square which can honour the singer. The figures and subjects in the monument tie in with the themes of his songs: slave labour, blood ties and solidarity. The sculptor, Walter De Buck (1934-20142) was an artist who was known for the 'Venue' association in Ghent, a meeting place for artists and organizations for the promotion of art in the city. 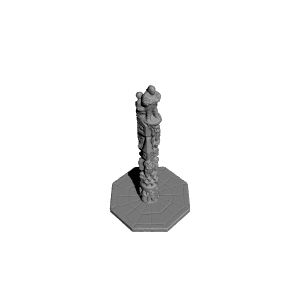 ×
0 collections where you can find Charles Waeri 'The Ghent Chen Béranger' in Saint Jacob's Square, Ghent by Scan The World