3D
360°
Scan The World
2,101 views 136 downloads
2 collections
Community Prints Add your picture
Be the first to share a picture of this printed object
0 comments

Chrysippus of Soli (c. 279 – c. 206 BC) was a Greek Stoic philosopher. He was a native of Soli, Cilicia, but moved to Athens as a young man, where he became a pupil of Cleanthes in the Stoic school. When Cleanthes died, around 230 BC, Chrysippus became the third head of the school. A prolific writer, Chrysippus expanded the fundamental doctrines of Zeno of Citium, the founder of the school, which earned him the title of Second Founder of Stoicism.

This style of bust is a common depiction of the philosopher, and another copy of it exists at The British Museum, London. These works are Augustan copies (23 BC - AD 14) of an original of the late 3rd Century BC, now lost. 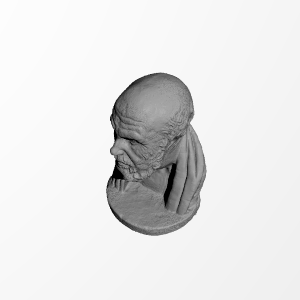 ×
2 collections where you can find Chrysippus by Scan The World