The cihuateteo (plural for Cihuateotl, 'Woman Goddess') were women who died while giving birth and thus acquired rank of goddesses, since it was considered that their death equaled that of warriors in the battlefield. The latter guarded and protected the Sun from dawn to midday, when they delivered it to the cihuateteo, who were in charge of it until sunset.
The goddess of the Earth (Cihuacoatl) was patron of the cihuateteo, and that is why they were represented with claws in their feet and hands, with curly hair and gaunt mouth (not perceivable in this case). 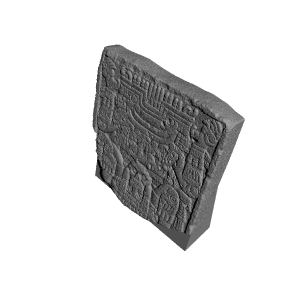 ×
2 collections where you can find Cihuateotl by Scan The World
×
Louise Krasniewicz
@LouiseK
0
Printed on: MakerBot Replicator 2
Material: PLA
Posted at: 03rd October 2022