3D
4,579 views 134 downloads
3 collections
Community Prints Add your picture
Be the first to share a picture of this printed object
0 comments

Historically, katana  were one of the traditionally made Japanese sword that were used in feudal Japan, also commonly referred to as a "samurai sword". Modern versions of the katana are sometimes made using non-traditional materials and methods.

The katana is characterized by its distinctive appearance: a curved, slender, single-edged blade with a circular or squared guard and long grip to accommodate two hands. It has historically been associated with the samurai of feudal Japan.

If mishandled in its storage or maintenance, the katana may become irreparably damaged. The blade should be stored horizontally in its sheath, curve down and edge facing upward to maintain the edge. It is extremely important that the blade remain well-oiled, powdered and polished, as the natural moisture residue from the hands of the user will rapidly cause the blade to rust if not cleaned off. The traditional oil used is choji oil (99% mineral oil and 1% clove oil for fragrance). Similarly, when stored for longer periods, it is important that the katana be inspected frequently and aired out if necessary in order to prevent rust or mould from forming (mould may feed off the salts in the oil used to polish the katana). 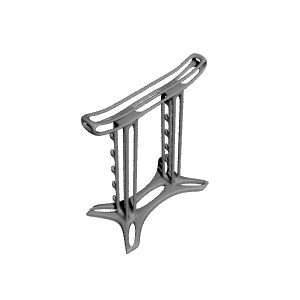 ×
3 collections where you can find Katana Cocktailstick Rack by Palmroos