3D
4,569 views 225 downloads
4 collections
Community Prints Add your picture
Be the first to share a picture of this printed object
0 comments

Send Message to Odds and Ends

The Order of the Black Knights (黒の騎士団, Kuro no kishidan) are a group of vigilante rebels who fight against the Holy Britannian Empire. Founded by Zero, they define themselves as the "Heroes of Japan", and differentiate themselves from other terrorists groups such as the Japan Liberation Front, who take hostages and save civilians, though this may simply be a tactic to increase public support and recruitment. Most members are former Japanese, many of whom have defected from other insurgent groups, though many other peoples, even Britannians may be found among their ranks. Their logo is a Geass Sigil with a sword through it, the same logo used in the spinoff Nightmare of Nunnally, by the Geass Order. After the ratification of the Union States Charter, the Black Knights became the military force of the United Federation of Nations. 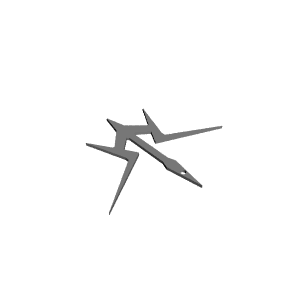