Constantin Daicoviciu (March 1 1898, May 27 1973) was a Romanian hstorian and archaeologist. He was a president of the Babes-Bolyai University of Cluj and a member of the Romanian Academy. Since his death in 1973 the communite in the district where he was born bears his name.

This print is made on MakerBot Replicator Fifth Generation. The dimension of the model 71mm x 48mm x 100mm, Infill 30%, with support and layer high 0,2. Provides very nice results! 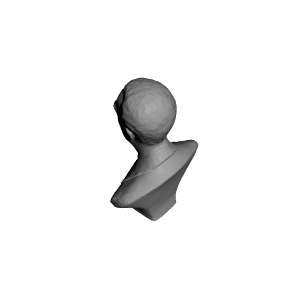