3D
Scan The World
2,526 views 73 downloads
Community Prints Add your picture
Be the first to share a picture of this printed object
0 comments

Constantin Prezan (January 27, 1861 Butimanu, Dâmbovița County – August 27, 1943) was a Romanian general during World War I and a Marshal of Romania afterward.

General Prezan commanded the 4th Army Corps in 1915-1916, and then became head of the Romanian Fourth Army during the Romanian Campaign later in 1916. Prezan led the Romanian Armed Forces as it retreated into the northeastern part of Romania (Moldavia), and also in the Battle of Bucharest (November 1916). In July and August 1917, Prezan, who was by then Chief of the General Staff (and assisted by the then-Lieutenant-Colonel Ion Antonescu) successfully stopped the German invasion led by Field Marshal August von Mackensen. He continued serving in this position until 1920.
Documents found in military archives have brought to light Prezan's role in creating the Romanian National State. During the campaign of 1916, Prezan was rewarded with the Mihai Viteazu Order, Third Class for deeds of merit, courage, and devotion. In the summer of 1917, when he commanded the General Army Quarters, Prezan was honoured with Mihai Viteazu Order, Second Class.

During the Hungarian–Romanian War (November 1918- March 1920), Prezan led the Romanian Armed Forces in the battles of Bessarabia, Bukovina, and Transylvania. King Ferdinand awarded his outstanding service with the Mihai Viteazu Order, First Class.
Prezan was promoted as Marshal of Romania in 1930.

A major boulevard in Bucharest is named after him. 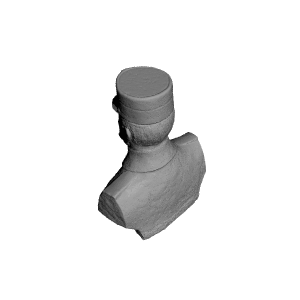 ×
0 collections where you can find Constantin Prezan in Alba Iulia, Romania by apllana