3D
Scan The World
4,451 views 228 downloads
2 collections
Community Prints Add your picture
Be the first to share a picture of this printed object
0 comments

One of Chicago's signature skyscrapers, what the Smurfit-Stone building lacks in height, it more than makes up for in style. Its gleaming white exterior is accented with dark pinstripes of windows. Its orientation embraces Lake Michigan just a few hundred yards away, while at the same time it's characteristic slanted roof mimics, mocks, or yearns to be part of the sailboat crowd in the nearby Chicago Harbor. The Citicorp Center in New York and other skyscrapers have experimented with slanted roofs. What makes the Smurfit-Stone building special is the orientation of the slant. The architects didn't merely take a square and cut a wedge out of it like a children's block. They cut it on an angle, using a simple subtractive motion to create a diamond shape in the sky. Closer examination reveals that it isn't even a simple diamond, but rather two nearly identical triangles, but that is a detail lost on most observers. What they delight in is the notion that the building is still not done inventing itself. That it is growing with a leading angle like a massive lily sprouting on the lakeshore. Others fail to see the beauty and whimsy intrinsic to this building. Instead, they see it as an affront to the other classic Chicago architecture on Michigan Avenue. But if not for those buildings that stand out, would not the Avenue's marble cliff seem that much more ordinary and under appreciated? 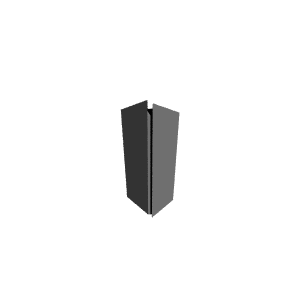 ×
2 collections where you can find Crain Communications Building in Chicago, Illinois by jkurstin22