3D
Scan The World
1,329 views 64 downloads
2 collections
Community Prints Add your picture
Be the first to share a picture of this printed object
0 comments

Model of a silurian crinoid holdfast; the root-like structure that attached these animals to the sea floor. Found on wenlock Edge.

Crinoid are commonly known as sea lilies, though they are animals, not plants. Crinoids are echinoderms related to starfish, sea urchins, and brittle stars. Many crinoid traits are like other members of their phylum. Such traits include tube feet, radial symmetry, a water vascular system, and appendages in multiples of five (pentameral).

Most of the Paleozoic crinoid species attached themselves to substrates on the ocean floor. Crinoids are famous for their feathery, tentacle-like appendages that opened up like a flower and captured particles of food such as plankton. Though crinoids appeared in the Ordovician (488 mya), they survived the Permian mass extinction and diversified into hundreds of species which survive, today. 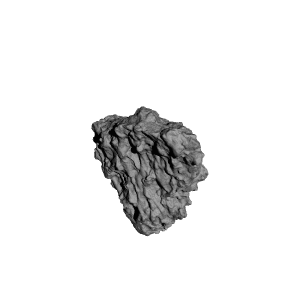 ×
2 collections where you can find Crinoid - holdfast by fossilsinshropshire