3D
Scan The World
2,048 views 89 downloads
1 collection
Community Prints Add your picture
Be the first to share a picture of this printed object
0 comments

The crouching Aphrodite type, copied from a Greek original attributed to Doidalsas of Bithynia (ca. mid-3rd century BC), can be seen here in the variant with a small Eros, traces of whose foot and hand survive, and with the swan acting as a support. In ancient Rome this subject was considered particularly suitable for the decoration of residential buildings and the rooms of public baths, as demonstrated by the places where copies have been found. Mid-2nd century AD. 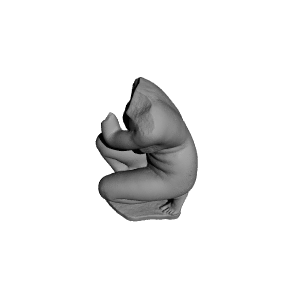