3D
360°
Featured Scan The World
4,660 views 712 downloads
9 collections
Community Prints Add your picture
Be the first to share a picture of this printed object
2 comments

There are a number of Roman copies, showing considerable variation, of the Greek prototype of the Crouching Aphrodite. This particular variation was a favourite of Cézanne, who sketched it in the Louvre (where the original of this work is housed) and adapted it in one of his "Les Grandes Baigneuses".

Various sculptors, identities and historical references have been attached to the sculpture, but the evidence is thin. The vestige of a hand on her back presumably belonged to the baby Eros, with whom Aphrodite is frequently depicted. 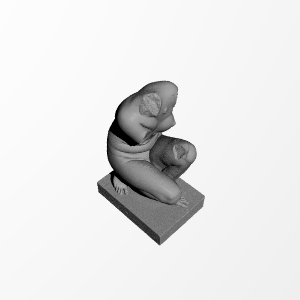