3D
Scan The World
1,130 views 52 downloads
Community Prints Add your picture
Be the first to share a picture of this printed object
0 comments

The myth of Danaides is the story of fifty women who commit a horrible wrongdoing: guided by their father, they all kill their husbands on their wedding night! This great massacre was unbelievable, even for the bloody ancient Greek myths. It was a crime that both people and gods would punish. Indeed, the Danaides were punished for this after their death with a horrible and eternal torment. 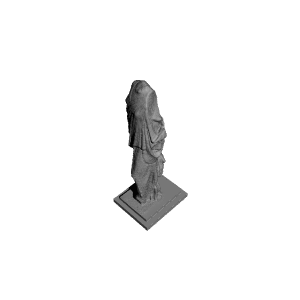 ×
0 collections where you can find Danaide by Scan The World