Dancing Female figure, thought to be a portrait of Praxilla of Sikyon

3D
Scan The World
2,687 views 96 downloads
Community Prints Add your picture
Be the first to share a picture of this printed object
0 comments

Dancing Female figure, thought to be a portrait of Praxilla of Sikyon

Found in the garden of the Hadrian's Villa, the Roman statue depicts a female dancing and it is supposed to be the poetess Praxilla, probably holding a musical instrument in her hands at the same time. Parts of the sculptured body are being revealed in the swaying of her feminine movements. It is part of a collection of which only eight pieces have survived, and this is known by the name of Berliner Dancer. 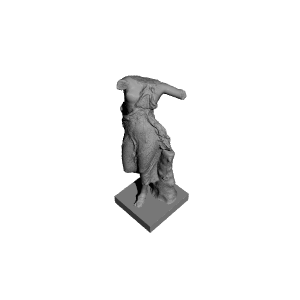 ×
0 collections where you can find Dancing Female figure, thought to be a portrait of Praxilla of Sikyon by Scan The World