3D
Scan The World
4,145 views 268 downloads
3 collections
Community Prints Add your picture
Be the first to share a picture of this printed object
0 comments

Ordered by Baccio Valori, commissary of the pontifical troops, this statue was never completed. On the death of Valori (accused of treason and decapitated by order of Cosimo I de' Medici), this sculpture, together with Valori's confiscated possessions, was given to the Duke of Florence. The statue can be interpreted as Apollo taking an arrow from his quiver, or as David with Goliath's head at his feet. 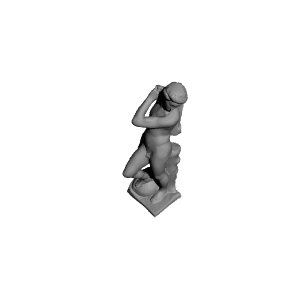