3D
Scan The World
5,191 views 215 downloads
1 collection
Community Prints Add your picture
Be the first to share a picture of this printed object
0 comments

This bronze sculpture depicts and commemorates the actions and life of  former prime minister David Lloyd George, a key figure in the introduction of many reforms which laid the foundations of the modern welfare state. He was a British Liberal politician and statesman until his death in 1945. The larger than life sculpture depicts him with his hat in one hand and was unveiled in 2007 in parliament square, London. It was sculpted by Gynn Williams. 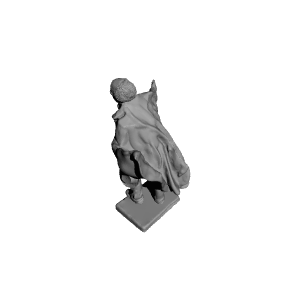 ×
1 collections where you can find David Lloyd George memorial in Parliament Square, London by Scan The World