3D
Scan The World
2,980 views 205 downloads
Community Prints Add your picture
Be the first to share a picture of this printed object
0 comments

The exceptional beauty of this child, the fruit of an incestuous union engineered by the insulted Aphrodite, caused an argument among the gods that could only end in his death: he was killed by a boar while hunting. In devoting one of his chief works to that fatal incident, Mazzuoli expressed in a typically Baroque depiction of a dramatic moment the idea of the transience of beauty. 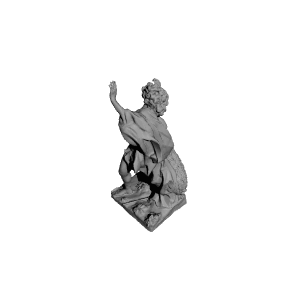