3D
Scan The World
2,696 views 215 downloads
2 collections
Community Prints Add your picture
Be the first to share a picture of this printed object
0 comments

Diana was known as the virgin goddess of childbirth and women. She was one of the three maiden goddesses, along with Minerva and Vesta, who swore never to marry. Oak groves and deer were especially sacred to her. Diana was born with her twin brother, Apollo, on the island of Delos, daughter of Jupiter and Latona. She made up a triad with two other Roman deities; Egeria the water nymph, her servant and assistant midwife; and Virbius, the woodland god. 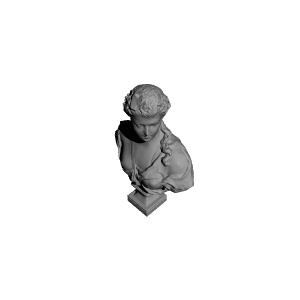 ×
2 collections where you can find Diana by Scan The World