Dionysus was the Olympian god of wine, vegetation, pleasure, festivity, madness and wild frenzy. He was depicted as either an older, bearded god or an effeminate, long-haired youth. His attributes included the thyrsos (a pine-cone tipped staff), a drinking cup and a crown of ivy. He was usually accompanied by a troop of Satyrs and Mainades (wild female devotees). 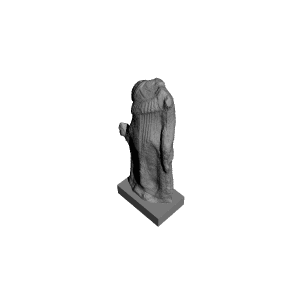 ×
1 collections where you can find Dionysos by Scan The World