Diotisalvi Neroni at The Louvre, Paris

3D
Scan The World
3,566 views 93 downloads
Community Prints Add your picture
Be the first to share a picture of this printed object
0 comments

Diotisalvi Neroni at The Louvre, Paris

Identified by Giorgio Vasari on the lift of works by Mino da Fiesole depicting Dietsalvi Neroni. Neroni was an Italian politician who was the first advisor of Cosimo de' Mecidi the Elter, helping him to return to Florence from his exile; this decision resulted in Cosimo recommending that Florence was governed under Neroni's directive after his death, but the ineptitude and tyrannic behaviour showed by Cosimo's son, Piero the Gouty, lead to Neroni being declared as a rebel of the state and had all of his assets confiscated. He moved to Siciliy and later to Rome where he died and was buried in the basilica of Santa Maria sopra Minerva. Of him, this bust by Mino da Fiesole and a portrait by Domenico Ghirlandaio in the Sistene Chapel remain.

Printed by PRINT3Dforum.com Printing services - Some support required. Other than that, pretty much straightforward print. 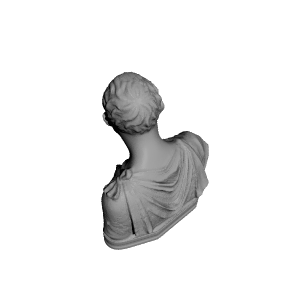 ×
0 collections where you can find Diotisalvi Neroni at The Louvre, Paris by Scan The World