3D
Scan The World
1,552 views 87 downloads
Community Prints Add your picture
Be the first to share a picture of this printed object
0 comments

The discus throw (About this sound pronunciation) is a track and field event in which an athlete throws a heavy frisbee—called a discus—in an attempt to mark a farther distance than their competitors. It is an ancient sport, as demonstrated by the fifth-century-BC Myron statue, Discobolus. Although not part of the modern pentathlon, it was one of the events of the ancient Greek pentathlon, which can be dated back to at least to 708 BC. 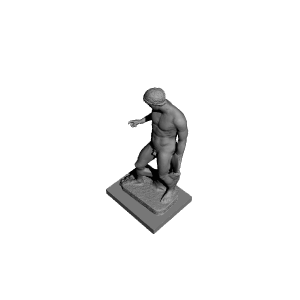