3D
Scan The World
1,158 views 49 downloads
Community Prints Add your picture
Be the first to share a picture of this printed object
0 comments

Domitianus was probably a Roman soldier of the mid-third century AD who was acclaimed emperor, probably in northern Gaul in late 270 or early 271 AD, and struck coins to advertise his elevation. It is now generally assumed that this man is to be equated with the ‘Domitianus’ who is twice mentioned in the literary sources as a significant figure in the politics of the age, but on neither occasion as an outright contender for the Imperial throne.

Given that his reign lasted for, at best, only a few weeks after his acclamation and he does not seem to have secured significant military or political support Domitianus is more properly categorized as a Roman usurper rather than an emperor. His attempted ‘’coup’’ should also be understood in the context of the troubled later history of the ‘Gallic Empire’ rather than that of the Empire as a whole. 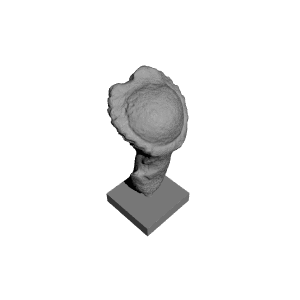 ×
0 collections where you can find Domitianus by Scan The World