3D
Scan The World
2,307 views 109 downloads
Community Prints Add your picture
Be the first to share a picture of this printed object
0 comments

Dvarapala is a door or gate guardian often portrayed as warrior or fearsome asura giant, usually armed with a weapon, the most common is gadha mace. The statue of dvarapala is a widespread architectural element throughout the Hindu and Buddhist cultures, as well as in the areas influenced by them like Java. 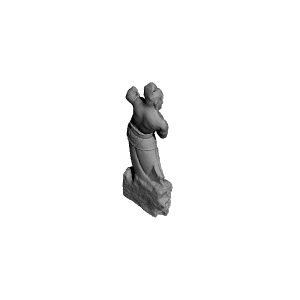 ×
0 collections where you can find Door Guardian at the Guimet museum, Paris by Scan The World