Door shaped funerary stele of a priestess of the Goddess Hathor

3D
Scan The World
2,141 views 67 downloads
Community Prints Add your picture
Be the first to share a picture of this printed object
0 comments

Door shaped funerary stele of a priestess of the Goddess Hathor

Hathor is an Ancient Egyptian goddess who personified the principles of joy, feminine love, and motherhood. She was one of the most important and popular deities throughout the history of Ancient Egypt. Hathor was worshipped by royalty and common people alike. In tomb paintings, she is often depicted as "Mistress of the West," welcoming the dead into the next life. In other roles, she was a goddess of music, dance, foreign lands, and fertility. She was believed to assist women in childbirth.

Therefore the image of the door being taken by one of her priestesses makes sense since Hathor represented both doorways of life: birth and death. 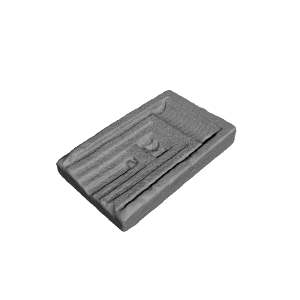