3D
Scan The World
2,142 views 89 downloads
Community Prints Add your picture
Be the first to share a picture of this printed object
0 comments

The Double Herm of Socrates and Seneca is an ancient Roman statue from the first half of the third century AD. The herm depicts the Greek philosopher Socrates on one side, and the Roman Stoic Seneca the Younger on the other. This double herm is meant to imitate the famous original piece. 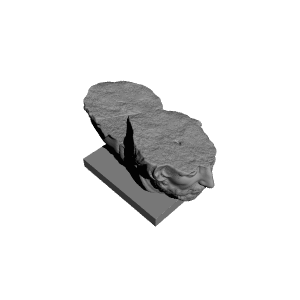 ×
0 collections where you can find Double Herm: 'Pseudo-Seneca' by Scan The World