This drum belongs to the Baga culture. The Baga are a population living on the coast of Guinea in West Africa.

They are well-known for their cultural artifacts created under the influence of their animist faith. The animist religion was their traditional religion which then changed to Islam during the mid-eighteenth century.

After indipendence, due to a demystification program, many precious Baga cultural artifacts were detroyed. 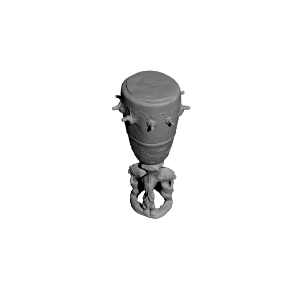 ×
2 collections where you can find Drum by Scan The World