3D
Scan The World
1,660 views 60 downloads
Community Prints Add your picture
Be the first to share a picture of this printed object
0 comments

Noah was the tenth and last of the pre-Flood Patriarchs. The story of Noah's Ark is told in the Bible's Genesis flood narrative. After the flood, the Bible says that Noah became a husbandman and he planted a vineyard. He drank wine made from this vinyard, and got drunk; and lay "uncovered" within his tent. This relief depicts the scene of Noah's son finding his father naked. 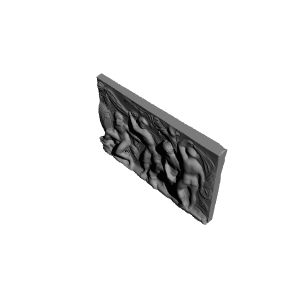