Drusus the Elder at The Royal Ontario Museum, Ontario

3D
Scan The World
2,202 views 103 downloads
Community Prints Add your picture
Be the first to share a picture of this printed object
0 comments

Drusus the Elder at The Royal Ontario Museum, Ontario

Drusus the Elder was a stepson of the first Emperor, Augustus, and brother of the future Emperor Tiberius.

In this bronzep ortrait, his face and distinctive hairstyle imitate the appearance of Augustus- a deliberate effort to establish a family resemblance, even though the two were not blood relations. Augustus came from the Julian family, Drusus from the Claudian family.

Visual similarities between portraits became a way of legitimizing and transferring power. 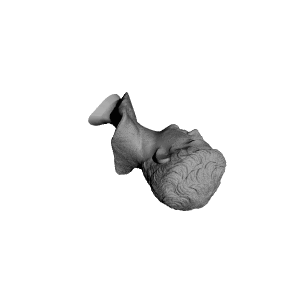 ×
0 collections where you can find Drusus the Elder at The Royal Ontario Museum, Ontario by Scan The World