3D
6,061 views 249 downloads
2 collections
Community Prints Add your picture
Be the first to share a picture of this printed object
0 comments

A dustpan is a cleaning utensil, commonly used in combination with a broom or brush. The dustpan may appear to be a type of flat scoop. It is often hand held for home use, but industrial and commercial enterprises often use a hinged variety on the end of a stick to allow the user to stand instead of stoop while using it. This improved dustpan design was patented by African American inventor, Lloyd Ray on August 9, 1897. Handheld dustpans may be used with either a full-size broom or with a smaller whisk broom or brush, sometimes called a duster. This second combination may be sold as one unit. A variant on the dustpan is the silent butler, a handheld, lidded dustpan. 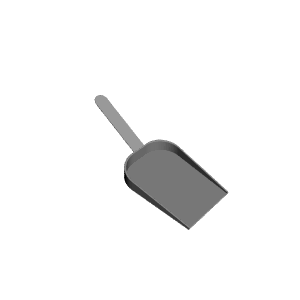 ×
2 collections where you can find Dust Pan by prabhakar21987