Echo the nymph at the Louvre, Paris, France

3D
Scan The World
4,740 views 561 downloads
5 collections
Community Prints Add your picture
Be the first to share a picture of this printed object
0 comments

Echo the nymph at the Louvre, Paris, France

In Greek mythology, Echo was an Oread who resided on Mount Kithairon. Zeus loved consorting with beautiful nymphs and visited them on Earth often. Eventually, Zeus's wife, Hera, became suspicious, and came from Mt. Olympus in an attempt to catch Zeus with the nymphs. Hera was supremely jealous of her husband Zeus for his many affairs and tried many times to catch him, but Echo distracted her to no end with lengthy conversations. When at last Hera realized the truth she cursed Echo. From that moment on the once loquacious nymph could only repeat the most recently spoken words of another person. 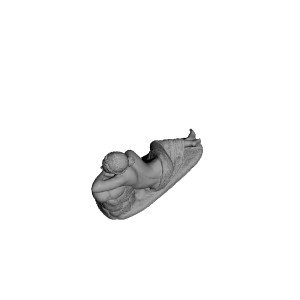 ×
5 collections where you can find Echo the nymph at the Louvre, Paris, France by Scan The World