3D
Scan The World
2,442 views 149 downloads
Community Prints Add your picture
Be the first to share a picture of this printed object
0 comments

Peace and Wealth, shown as mother and child. Pausanias, the Greek travel writer of the second century CE, wrote about a sculptor called Kephisodotos who made a sculpture of “Peace holding the child Wealth in her arms” for the Athenians. It was made of bronze and stood in the Agora. This is a Roman copy, and the child’s head may not belong. The original was probably created to coincide with the foundation of a cult of Eirene in 374 BCE, when peace was made with Sparta, or in 371 BCE when a peace was signed between all Greeks 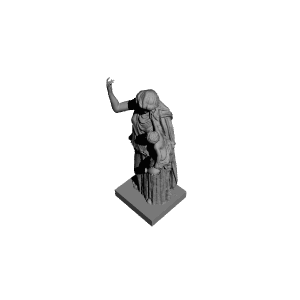