3D
Scan The World
4,115 views 120 downloads
Community Prints Add your picture
Be the first to share a picture of this printed object
0 comments

Many statues of luxuriously draped women survive from the Hellenistic period. Sometimes they were set up to honour wealthy women who had financed building projects, or they might have served as funerary markers in cemetaries. Some may even have been portraits of priestesses or represented goddesses or characters from mythology. The shoulders and head were made from a separate peice of marble, now lost. 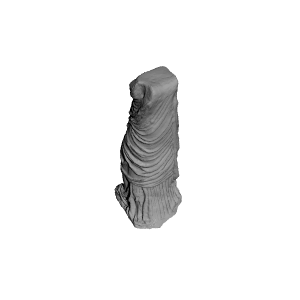 ×
0 collections where you can find Elaborately Dressed Female Statue at The British Museum, London by Scan The World