3D
Scan The World
5,050 views 455 downloads
1 collection
Community Prints Add your picture
Be the first to share a picture of this printed object
0 comments

This monument made by Lawrence Macdonald in 1850 is one in a series of dynastic monuments to the Finch family. Lady Winchilsea (1809–1848) died prematurely, and is portrayed in an elegant neo-classical style, the poetic inscription evoking the pathos of her early death. The sculpture was executed by the Scottish sculptor Lawrence Macdonald, who trained in Edinburgh, but spent most of his adult life living and working in Rome. He exhibited regularly at the Royal Academy in London, and at the Royal Scottish Academy in Edinburgh. He also showed works at the Great Exhibition of 1851. Prince Albert was one of his patrons, and he executed ideal sculpture for Osborne House on the Isle of Wight. This monument is one of his most highly regarded sculptures, and exemplifies the classicising style in sculpture, which continued well into the mid 19th century. 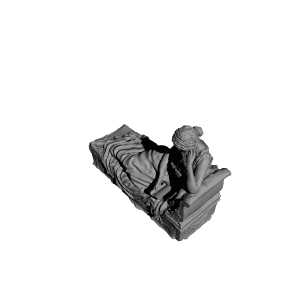 ×
1 collections where you can find Emily Georgiana by vam